I bought a flight to Rome in August and had a whole entire trip planned. But my sister gave me one of those scratch off maps for Christmas and in reality she gifted me the biggest travel challenge ever! 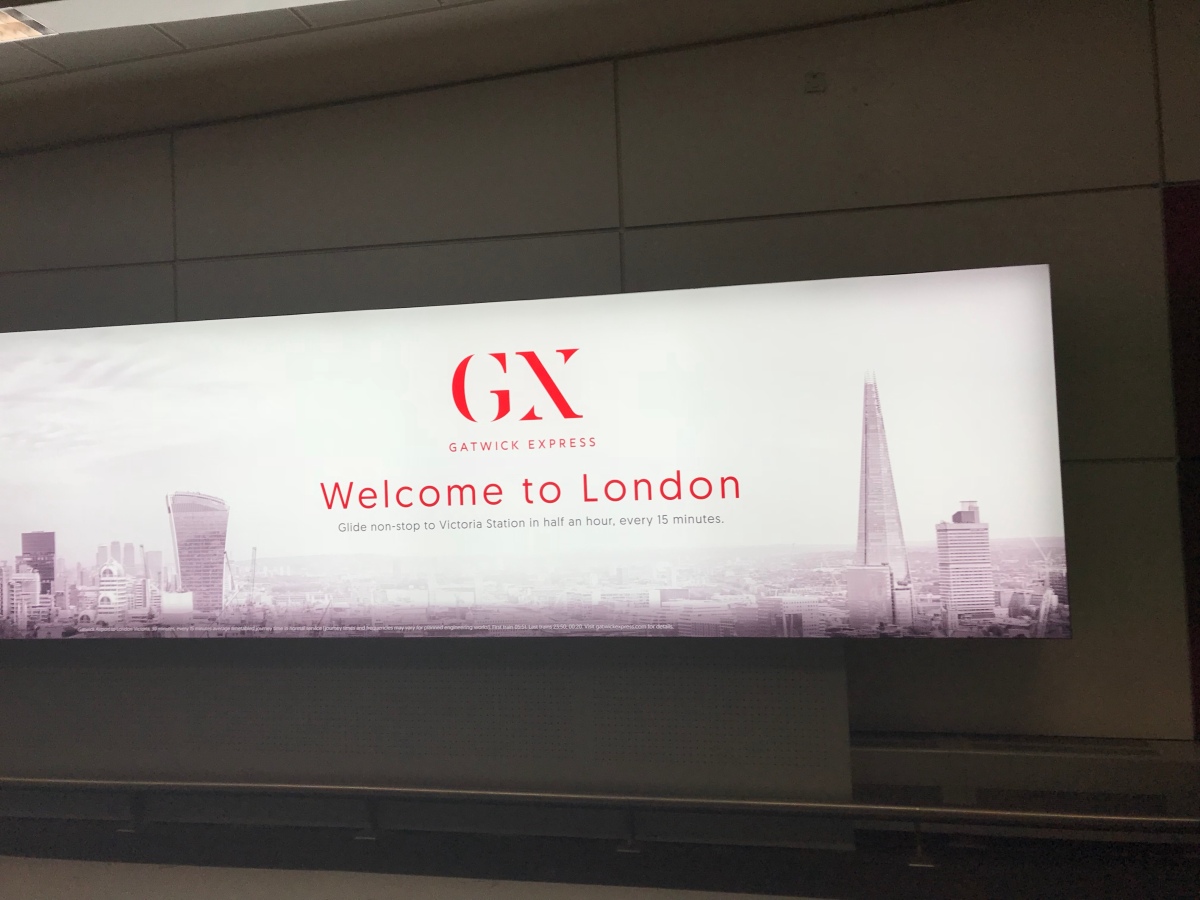 So two weeks before my flight I switched the whole thing up and booked a flight from Rome to London for a couple days! Crazy and spontaneous but I’m so happy I did it, I love London! I had forgotten how much of a history buff I am and re-sparked my interest in kings, queens and all things medieval.

I flew into Gatewick late Monday and made my way through the tube to my hotel right beside Waterloo station in the Southbank area of London. I was in a budget trip so I knew staying directly in the city center was not an option. But I actually liked being I. The Southbank and having a tube/train station across the street from my hotel was fantastic. I stayed at the Wellington hotel, it was a pub with rooms upstairs. It wasn’t exactly what I expected but for a solo traveler who was only in the room to sleep it worked for me! The only complaint I have is that since it was a pub that closed so did the front desk(it was really just the bar) so when I had to checkout early to catch my flight there was no way to check out so I had to just leave. They did offer a decent breakfast and WiFi though. 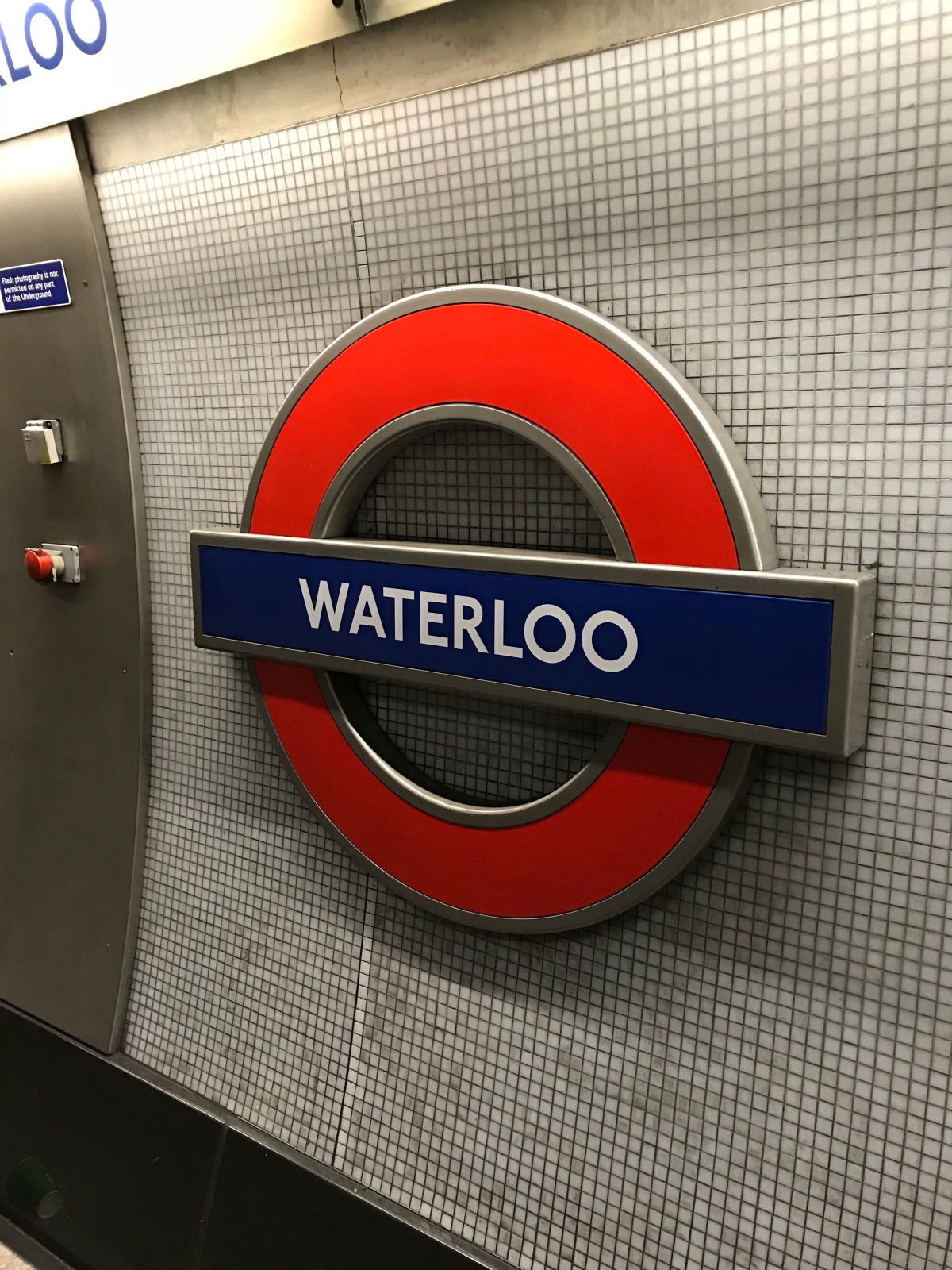 I highly recommend to get a Oyster card for all your transportation while here. It was $10 for the initial card but that gets refunded when you return it, Having the card cuts all rides in half so it’s a huge help. The Metro or tube as they call it is quite expensive and I have to say I spent more on transportation than anything else the entire trip. But I hadn’t planned anything and that was a huge mistake, I found myself going from one side of town to the other and with some simple planning the tube trips could have been avoided. Weather also played a huge factor, I usually prefer to walk cities but it was sooo dang cold that even I a cold weather lover had to seek shelter!

Speaking of weather, it was ridiculously cold, down right frigid! I had been monitoring weather for a week and it looked like it would be in the 30’s but sunny. I’m from the Asheville NC area and had been dealing with temps in the single digits so I was looking forward to warmer weather haha I almost didn’t bring my snow jacket but I’m so happy I grabbed it at the last min it was a life saver. While it was sunny the wind was killer, even with gloves and scarf it was unbearable at times. The wind was part of a major storm that hit the UK and Western Europe killing 6 people, I had to hold on to a pole at one point the wind was so fierce!

I had two full days in the city. My goal was to spend as little money as possible, knowing this was one of the most expensive cities to visit I considered this a fun challenge. The only thing I planned and booked ahead of time was the sky Garden, it’s free but you have to book a time slot to visit a week ahead. I also had a list of a few things I wanted to see and do but really just wanted to wander around and see the city in a not so touristy way. 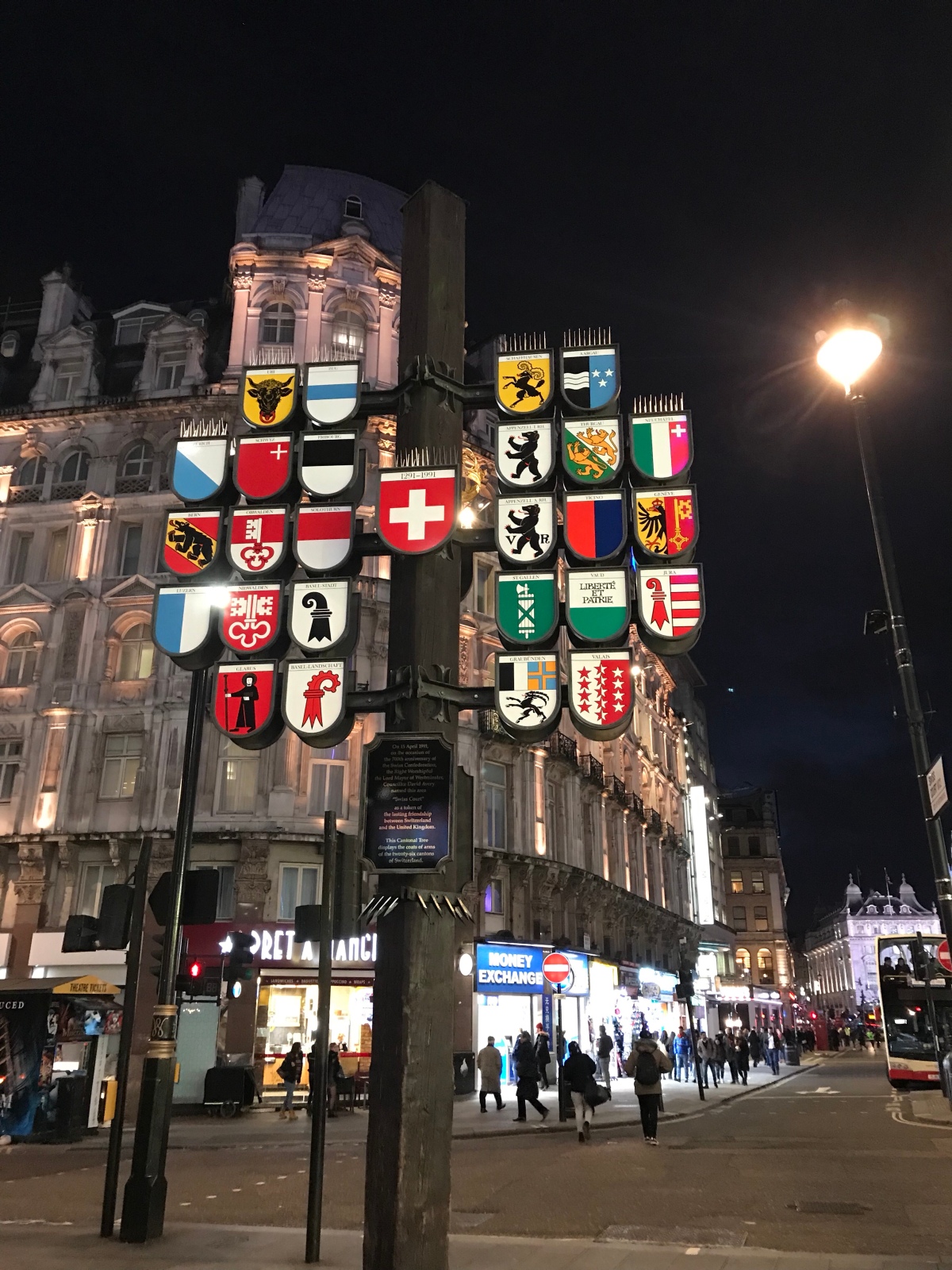 My first stop was the Sky Garden and that’s exactly what it was, a Garden 30ish floors up! The best free 360 degree view of the city. The Shard has another great view but that will set you back about 25£. The gardens have a cafe and restaurant to sit while you enjoy the view. Thankfully it was a beautiful day and I was able to get some great pics! 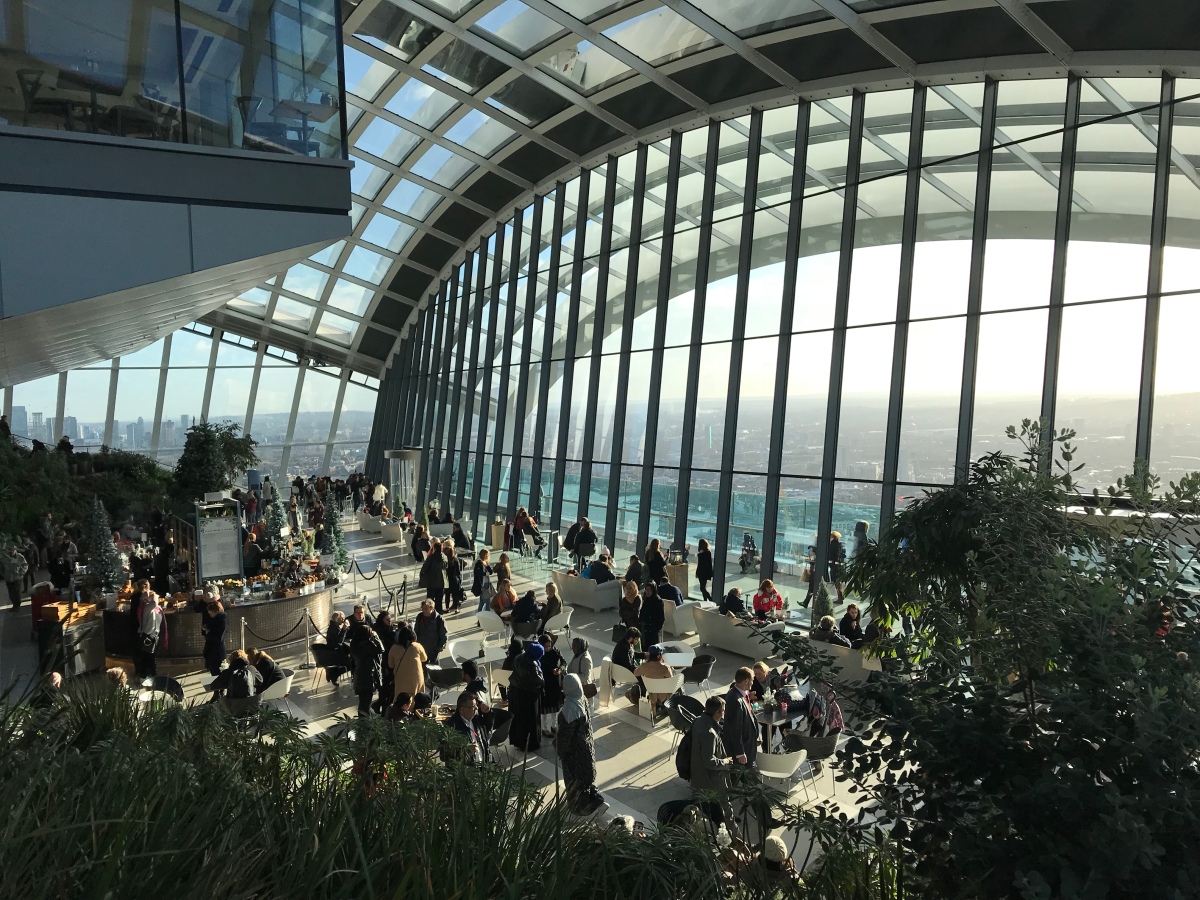 I left the Garden and walked to the Tower of London. I did pay for this tour £24 but come on it’s the Tower of London, how could I not! I’m a huge nerd for Ann Boleyn, the tudors and anything medieval really. It was just amazing to walk the grounds where so many great people walked and great scandals occurred. I prefer to do tours myself so I skipped the guided tours and just wandered though the towers and hallways imagining how life would have been there. It was neat to see traitors gate and all the carvings from the hundreds of people who were locked away. It’s the off season so it want busy at all just some school groups visiting. It was also great to see the tower Bridge, you can go up into the bridge for a small fee. 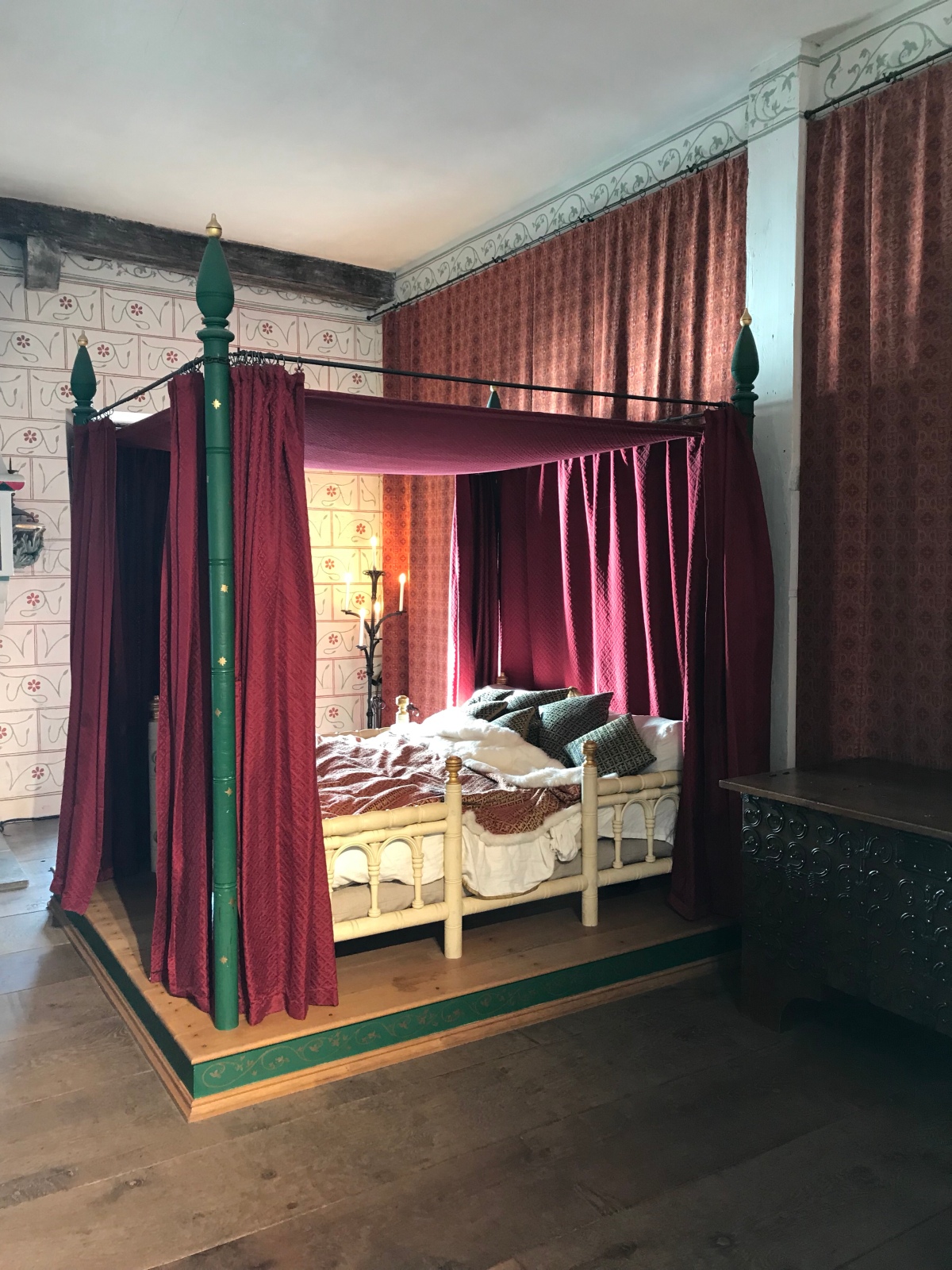 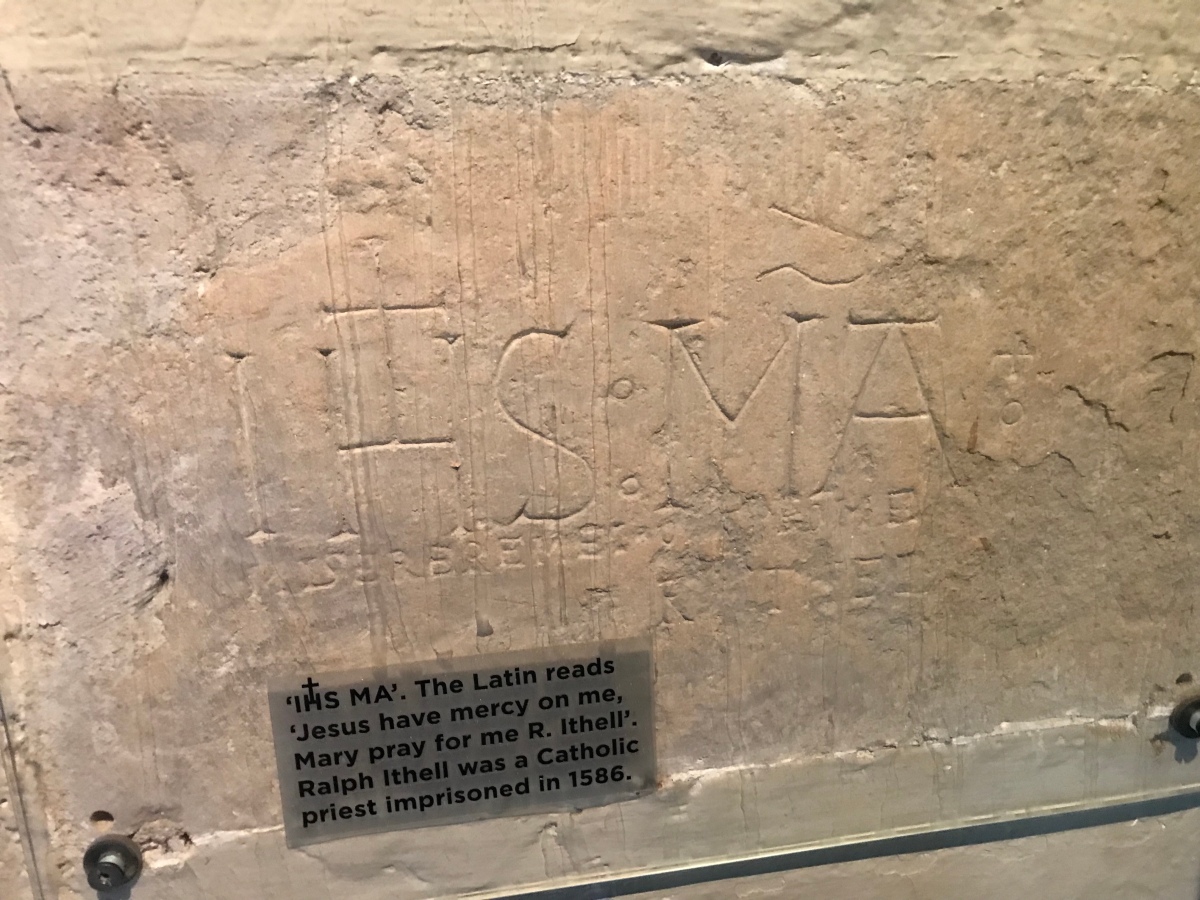 It was mid afternoon and my stomach was demanding some food and no better place to find amazing but cheap food is a market! I had read about two markets that were on list of must sees in London. For day one I decide to visit the Camden Market in Camden town. Whoa! Talk about sensory overload, it was a never ending journey meandering though little passage ways of little shops and food stalls. I found a fantastic little Mac and cheese stall and also some fried plantains to munch on by the docks. I also found the ceral killer cafe and ChinChin labs that serves nitrogen ice cream and some amazing hot chocolate. 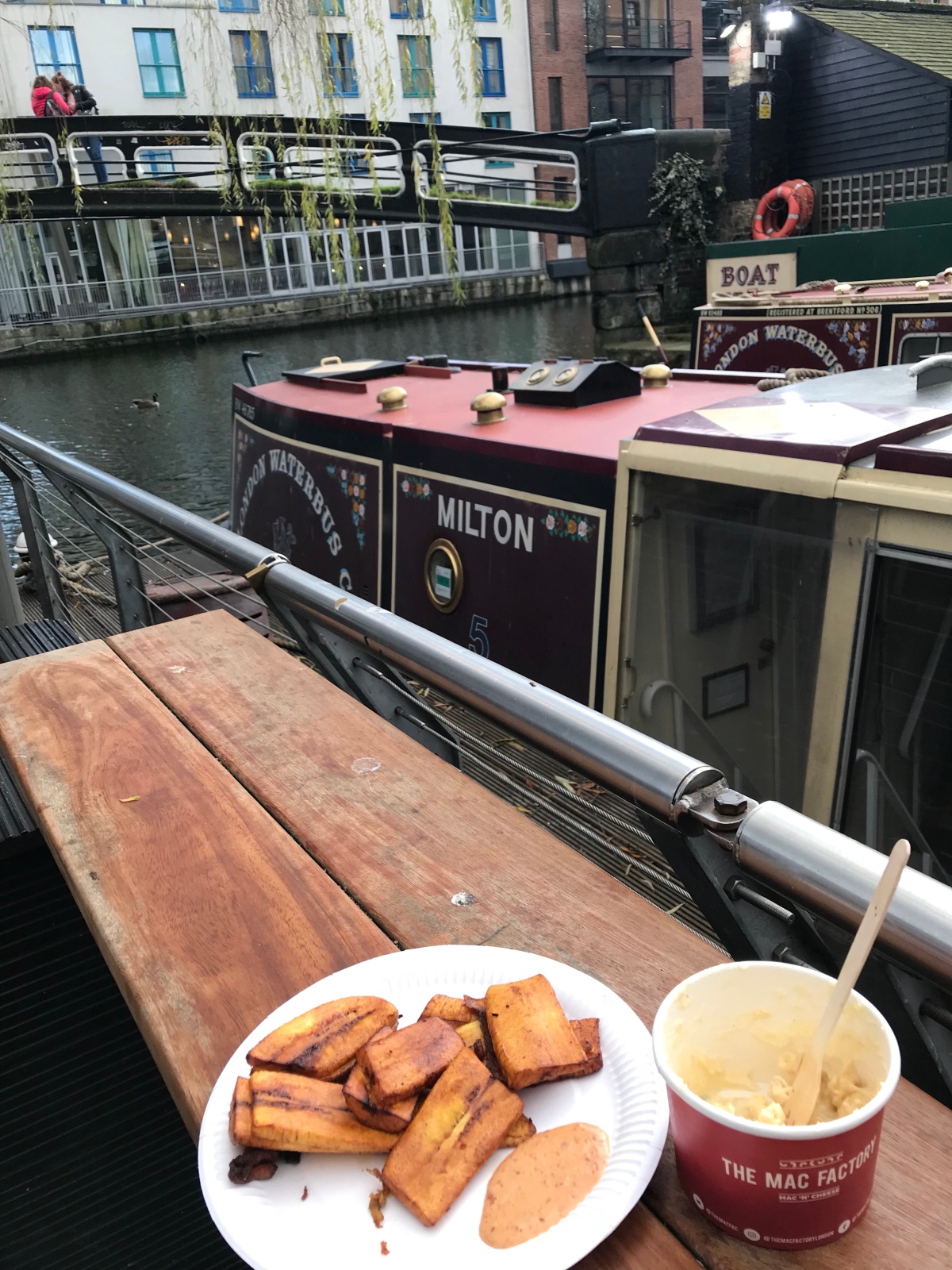 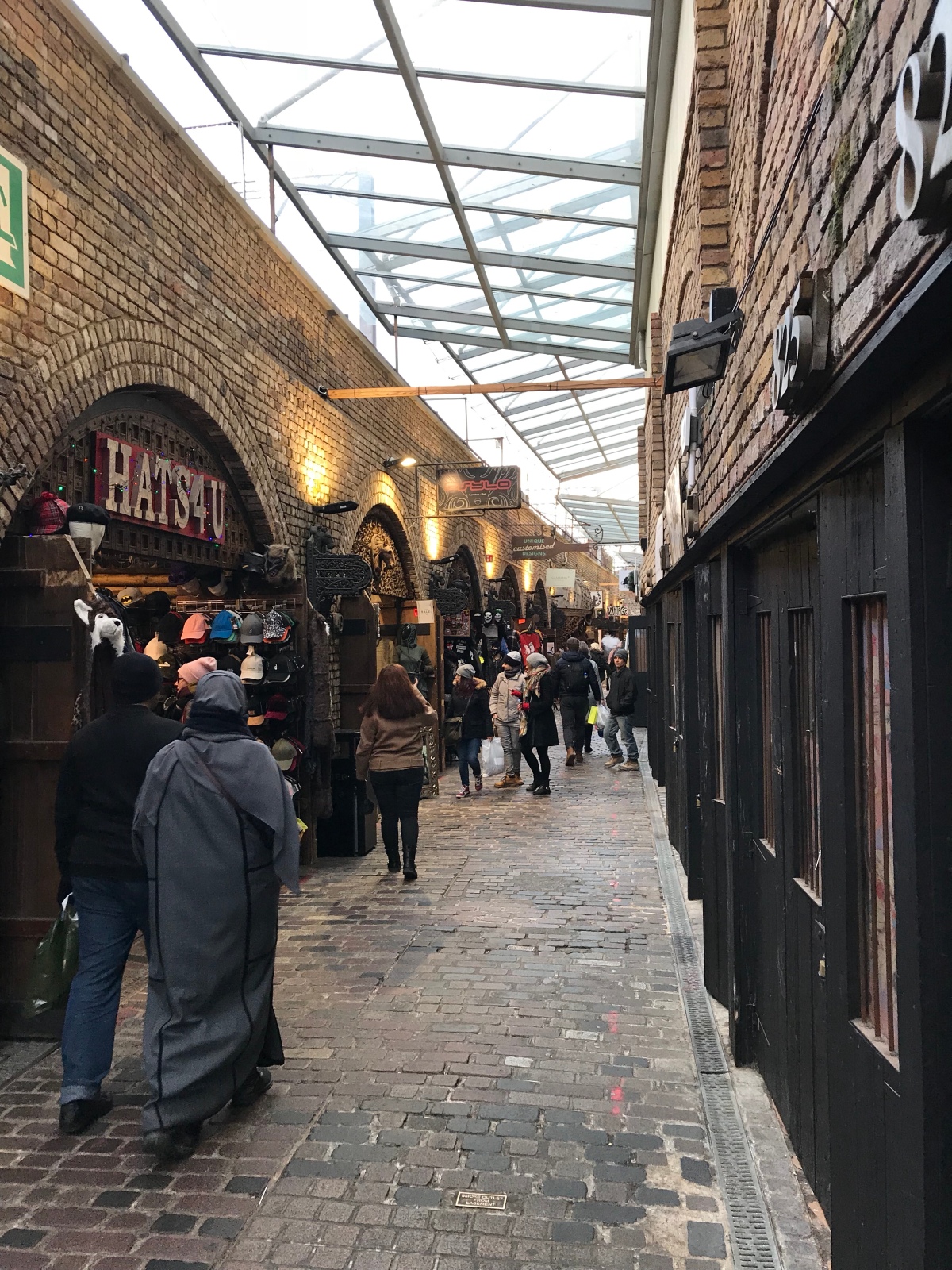 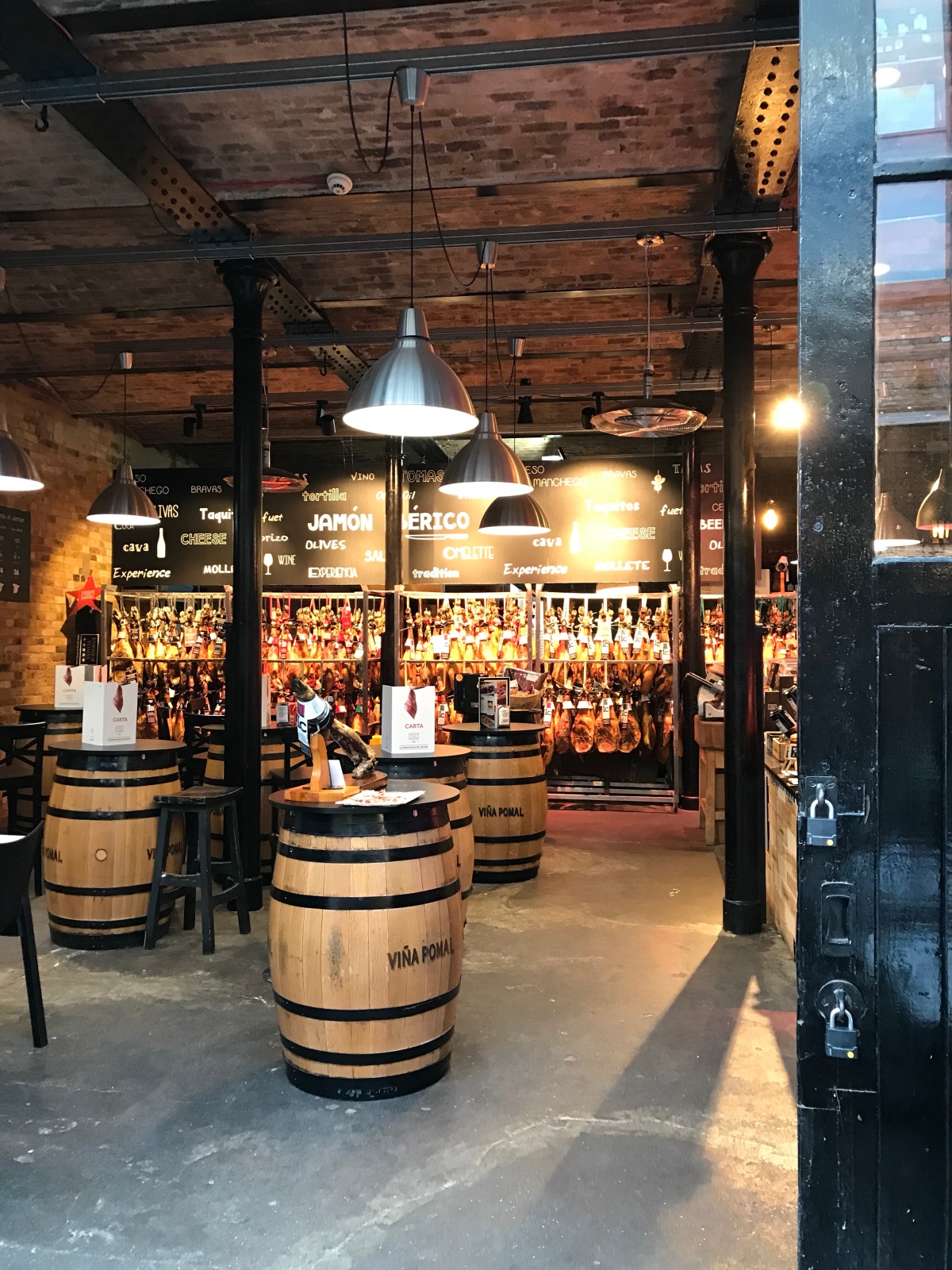 Day two started a little later due to the time difference really messing with me but I headed over to Buckingham Palace to watch the changing of the guards. If you visit make sure you check the website, they don’t do the ceremony everyday so you may have to adjust your schedule. You also want to get there super early to be be in a spot where you can actually see, I wasn’t able to see any of the ceremony but did watch them march in and heard the band which was neat. 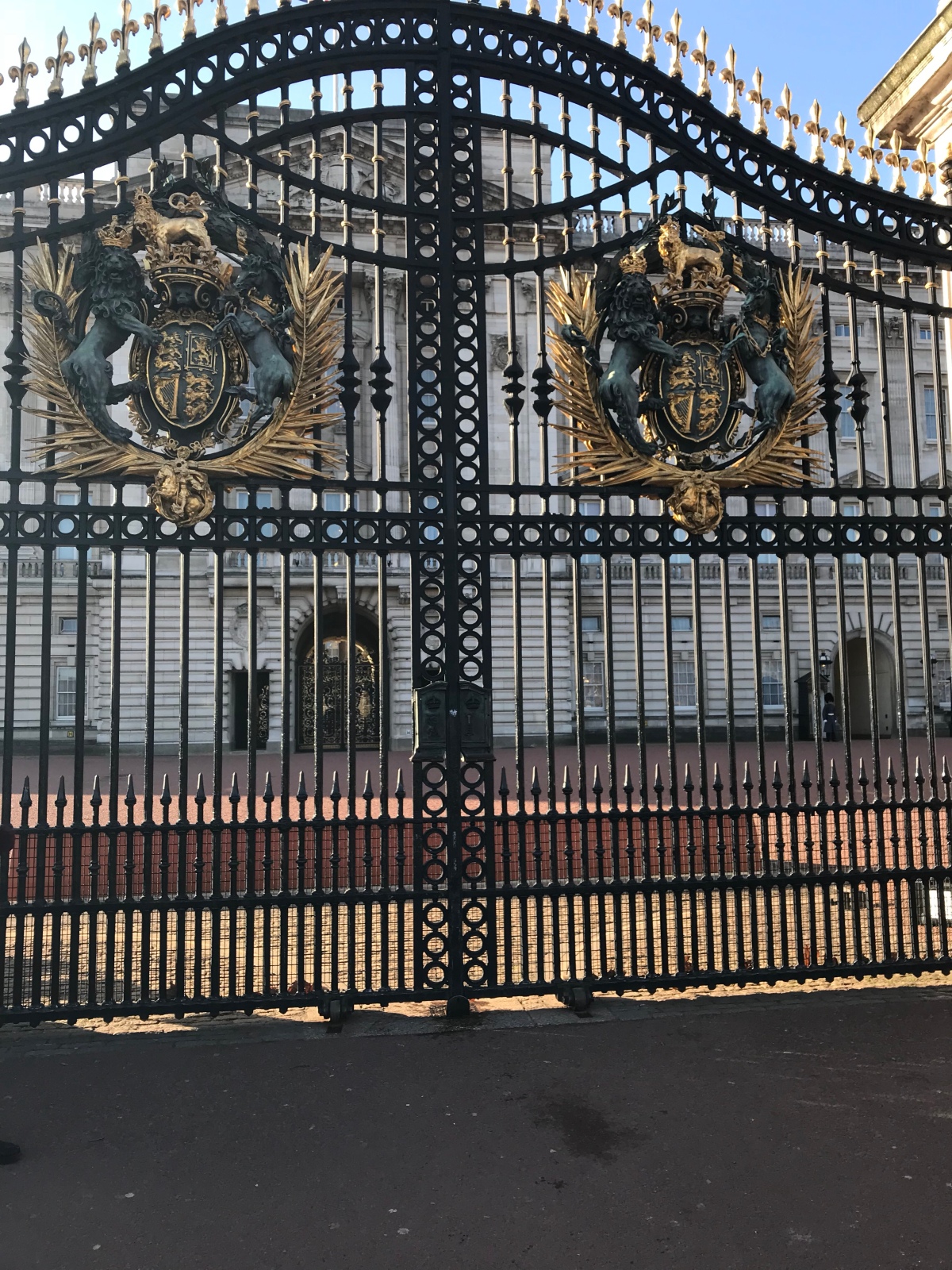 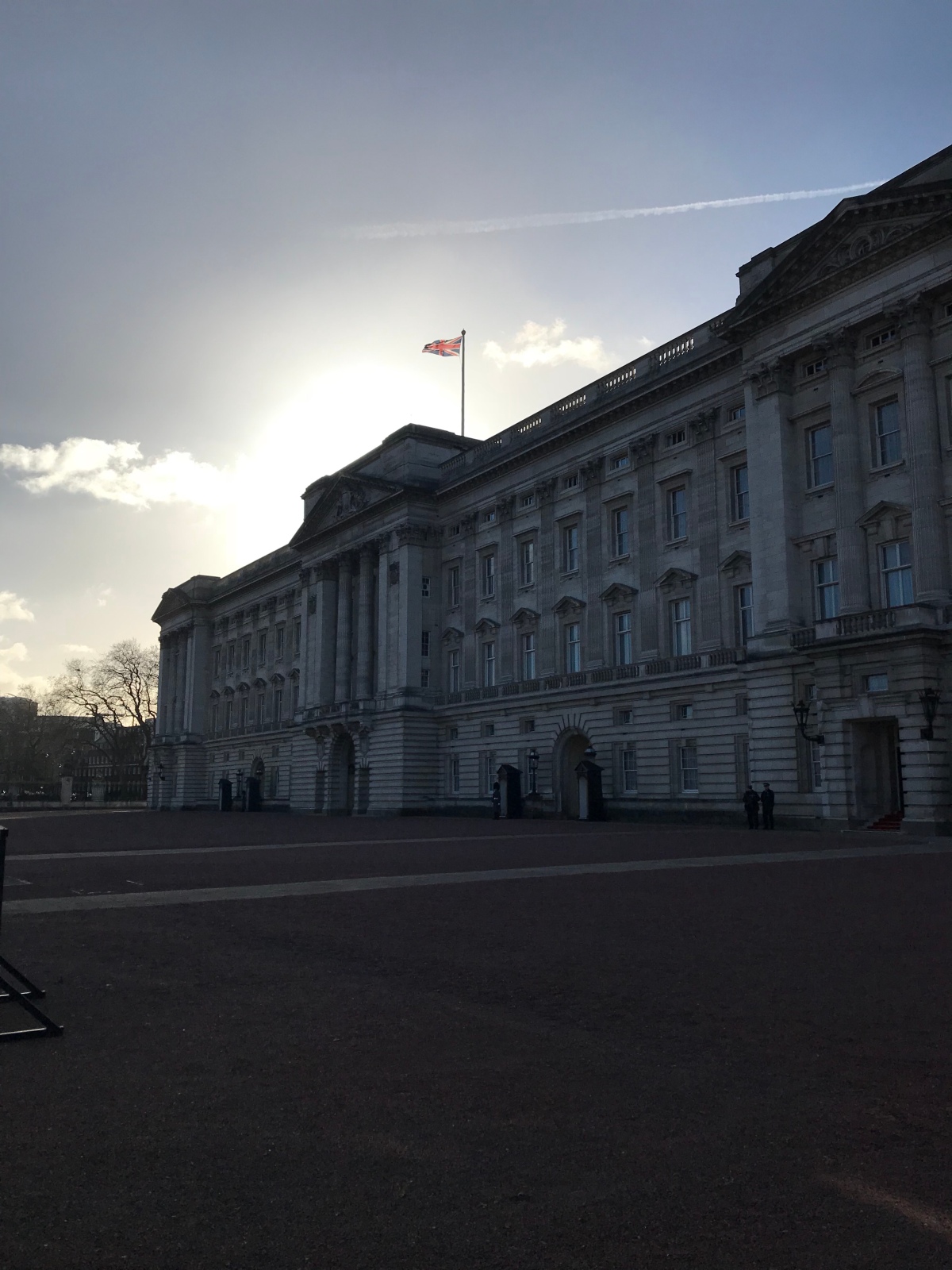 I jumped in the tube and headed across the river to the famed borough market. This market is a foodies paradise! Food stalls offering food from around the globe and local favorites. I’m a sweet addict so I hit up a French pastry booth for some apple tarts and chocolates that were to die for. I’m actually a pretty picky eater but I did branch out and got a traditional hot pie and mash for lunch, I really wanted to enjoy it but I’m honestly not sure what I even consumed lol the mashed potatoes and meat itself had great flavor but I have no clue what it was mixed with inside the pie and it freaked me out! I bought some delicious herbal lavender honey from Spain and sampled some yummy breads before leaving. I’d definitely recommend this spot for all who visit London! 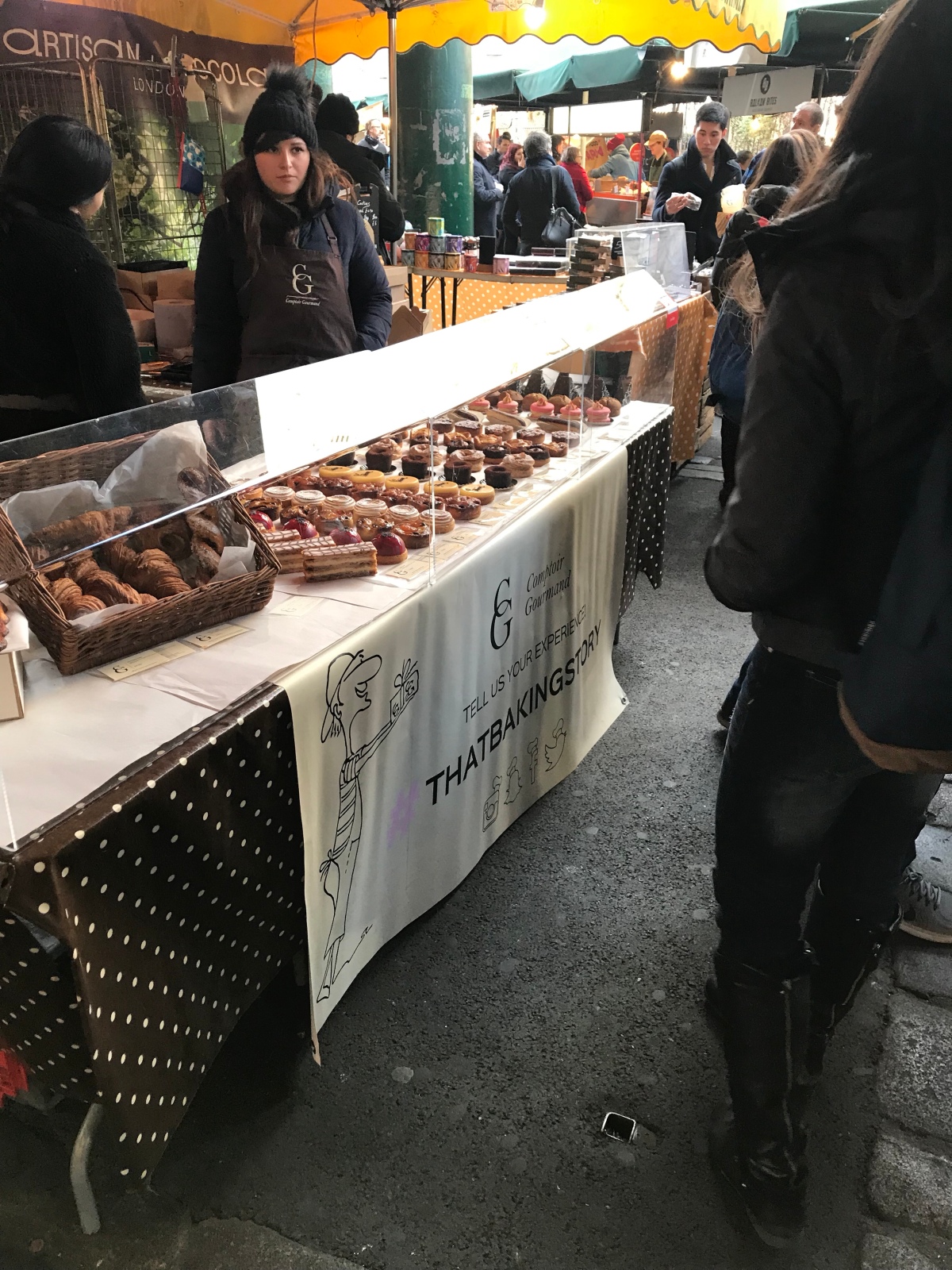 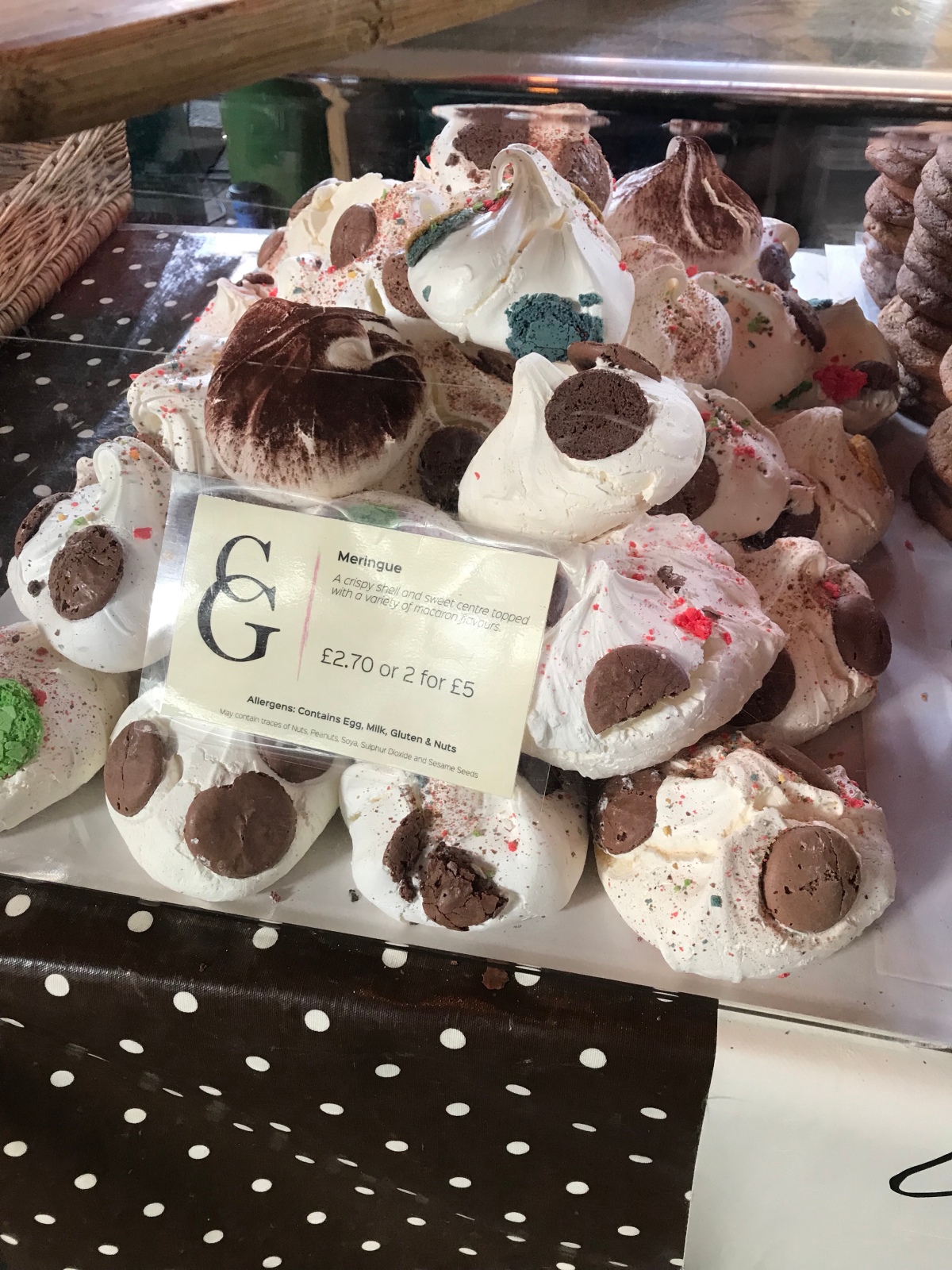 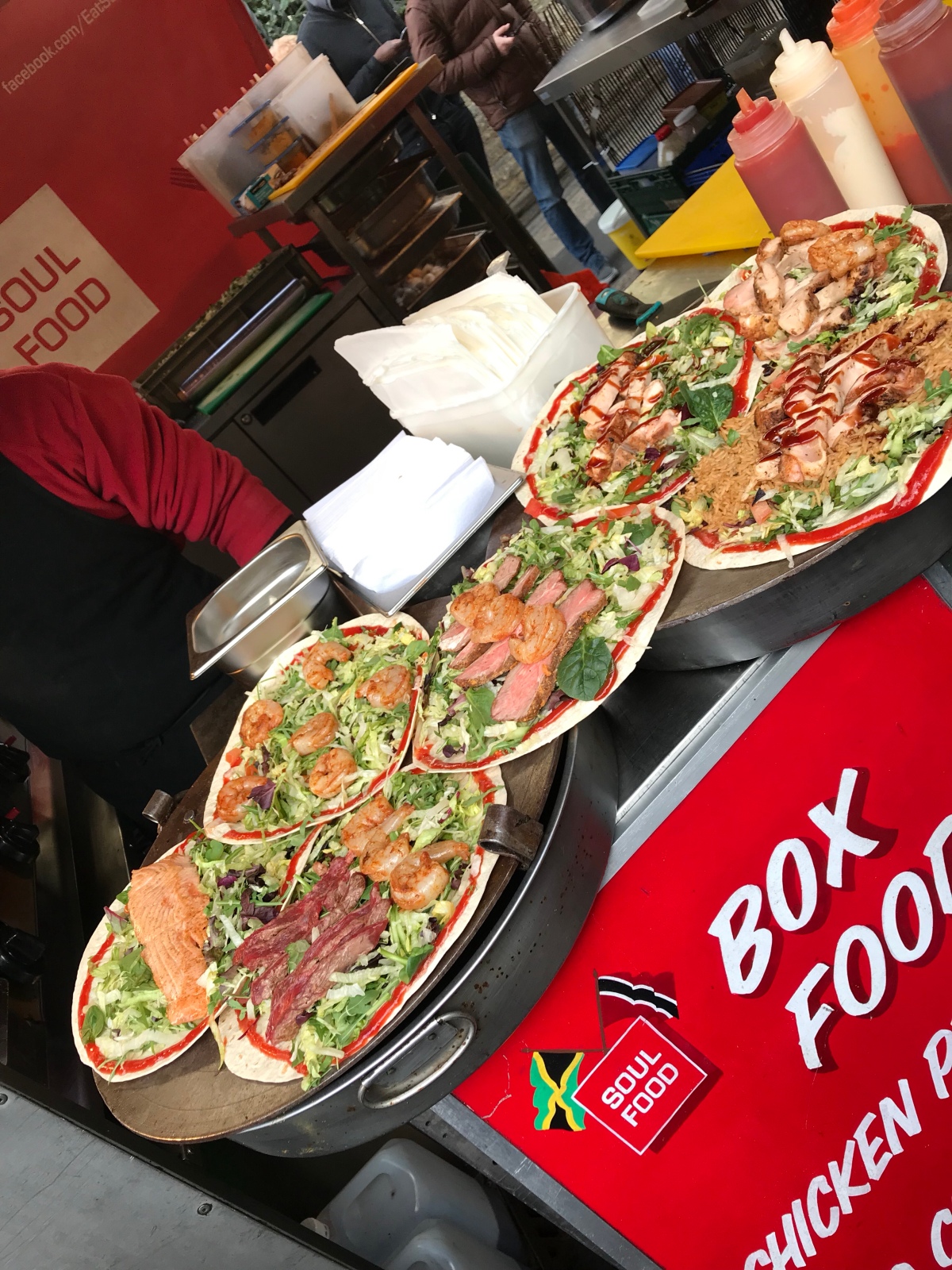 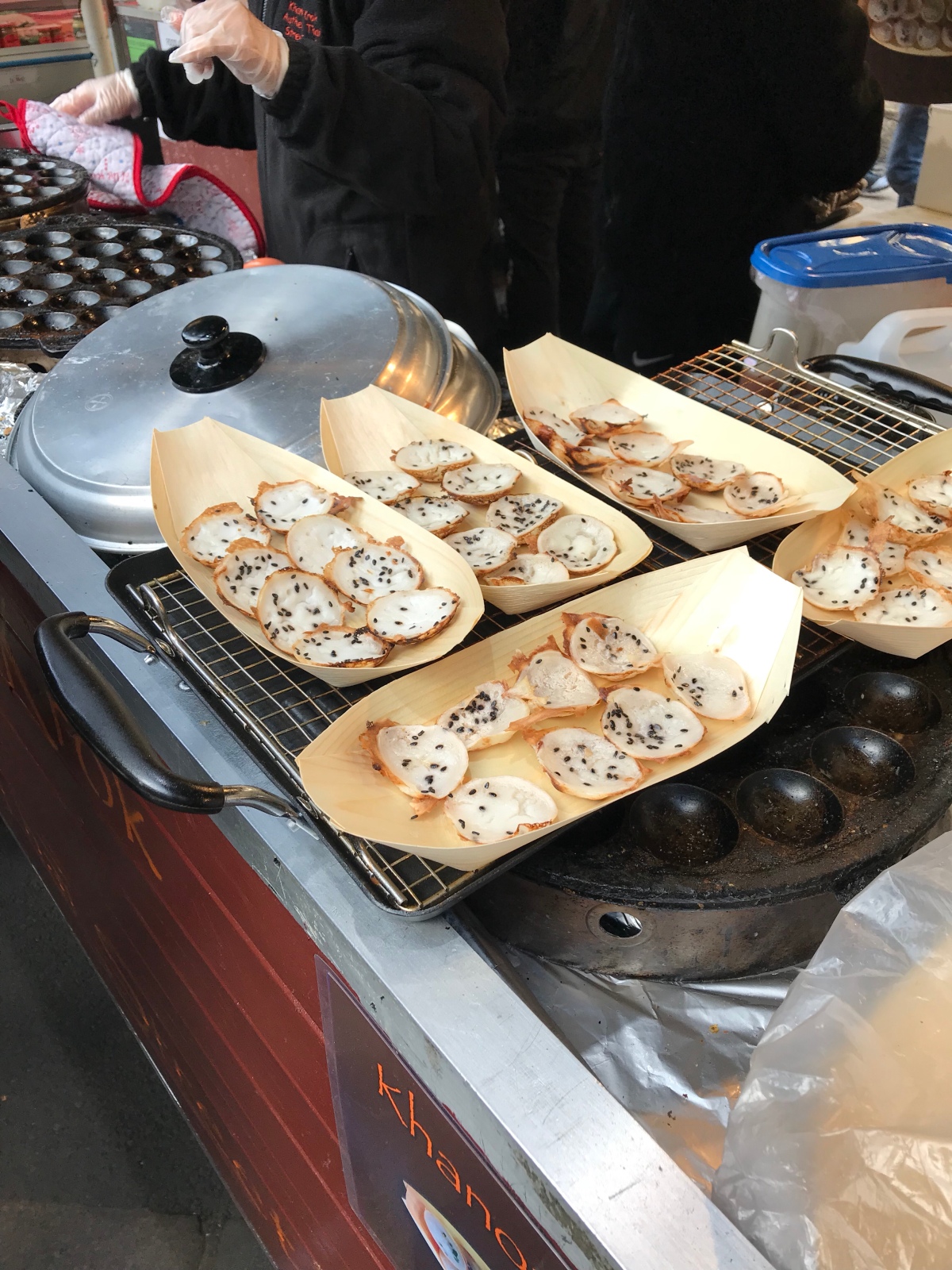 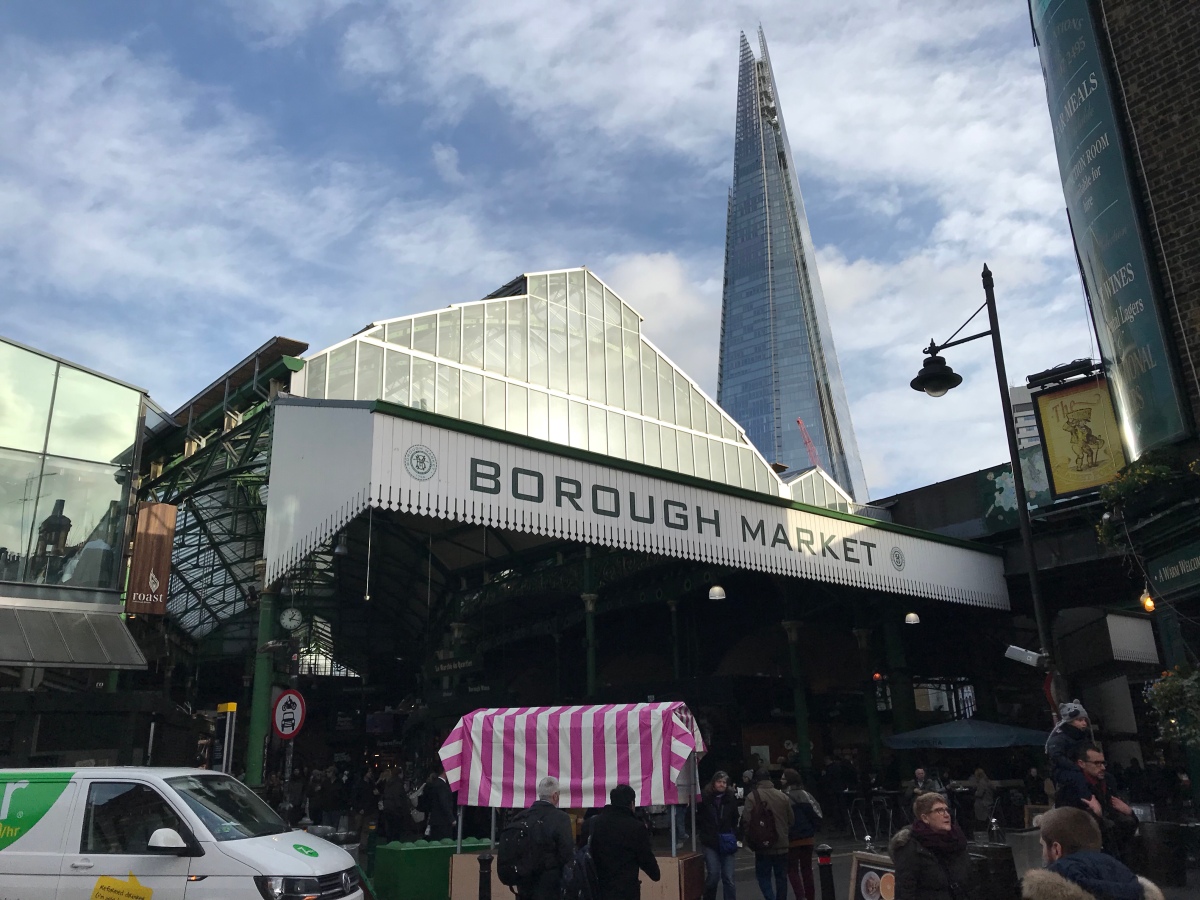 I walked across THE London bridge to a little secret spot to hangout. St dunsten in the east is what remains of a church built in the Saxon times and has endured both the great London fire and the blitz. It was turned into a Garden and opted to the public in 1967. It’s a beautiful little sanctuary right in the middle of a busy city, it was so peaceful and a great place to sit and enjoy a coffee and cinnamon bun. I can imagine it would be amazing to have wedding pictures and even reception here. 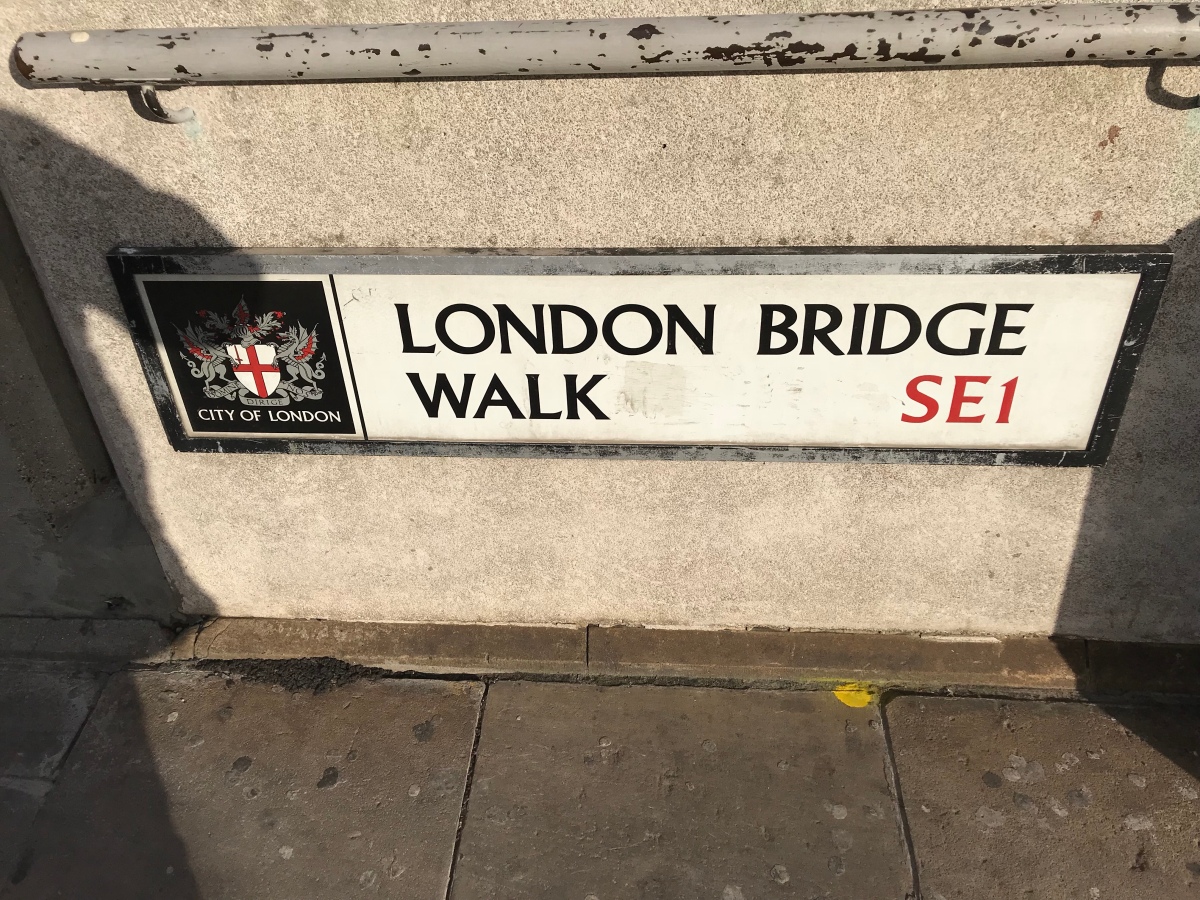 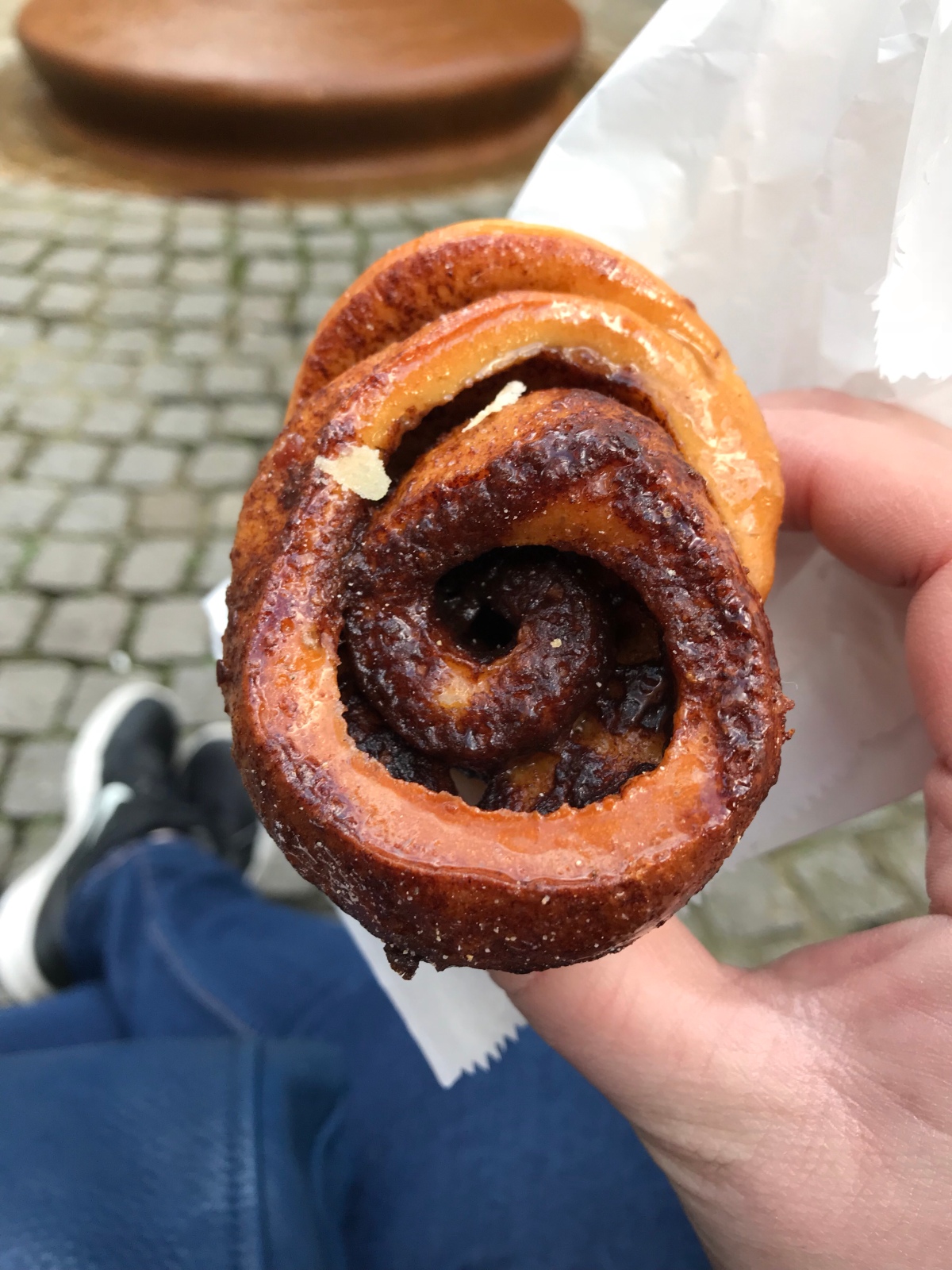 Like I said earlier I prefer to walk a city and even with the cold I walked over 21 miles and just explores little ally’s throughout the city. I walked to St. Paul’s cathedral and along the river themes. I explored the British library and saw the Kings book collection. Unfortunately the Elizabeth tower or what everyone likes to call “Big Ben” (only one click face is named Big Ben) was under renovation. Heads up it is forbidden to take pictures in Westminster Abby so for me it was kinda pointless to pay to enter, instead go to an actual service! I attended the 5pm Wednesday prayer service and while I didn’t get to see the entire place I was able to sit and take in the main cathedral room for free! 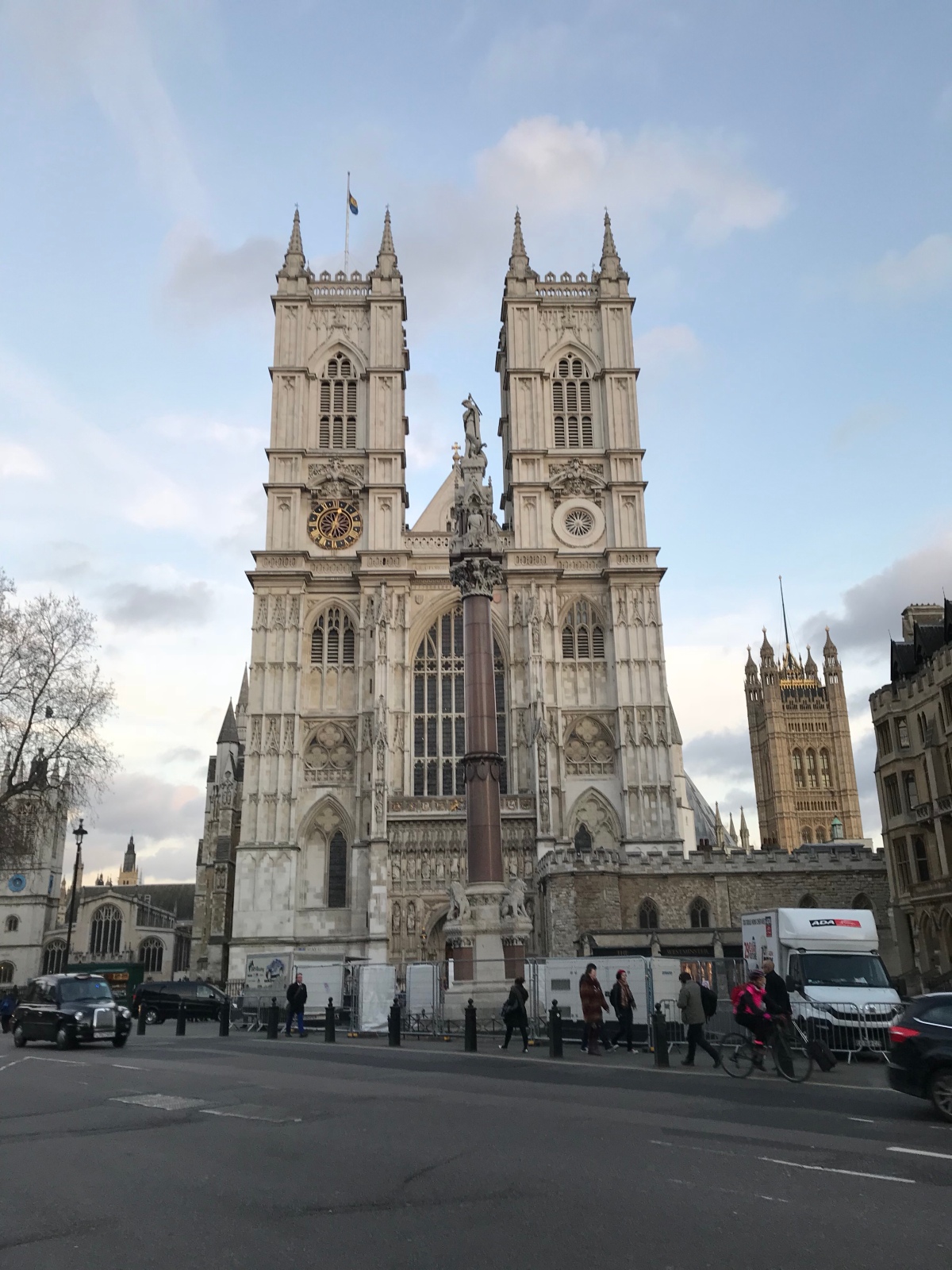 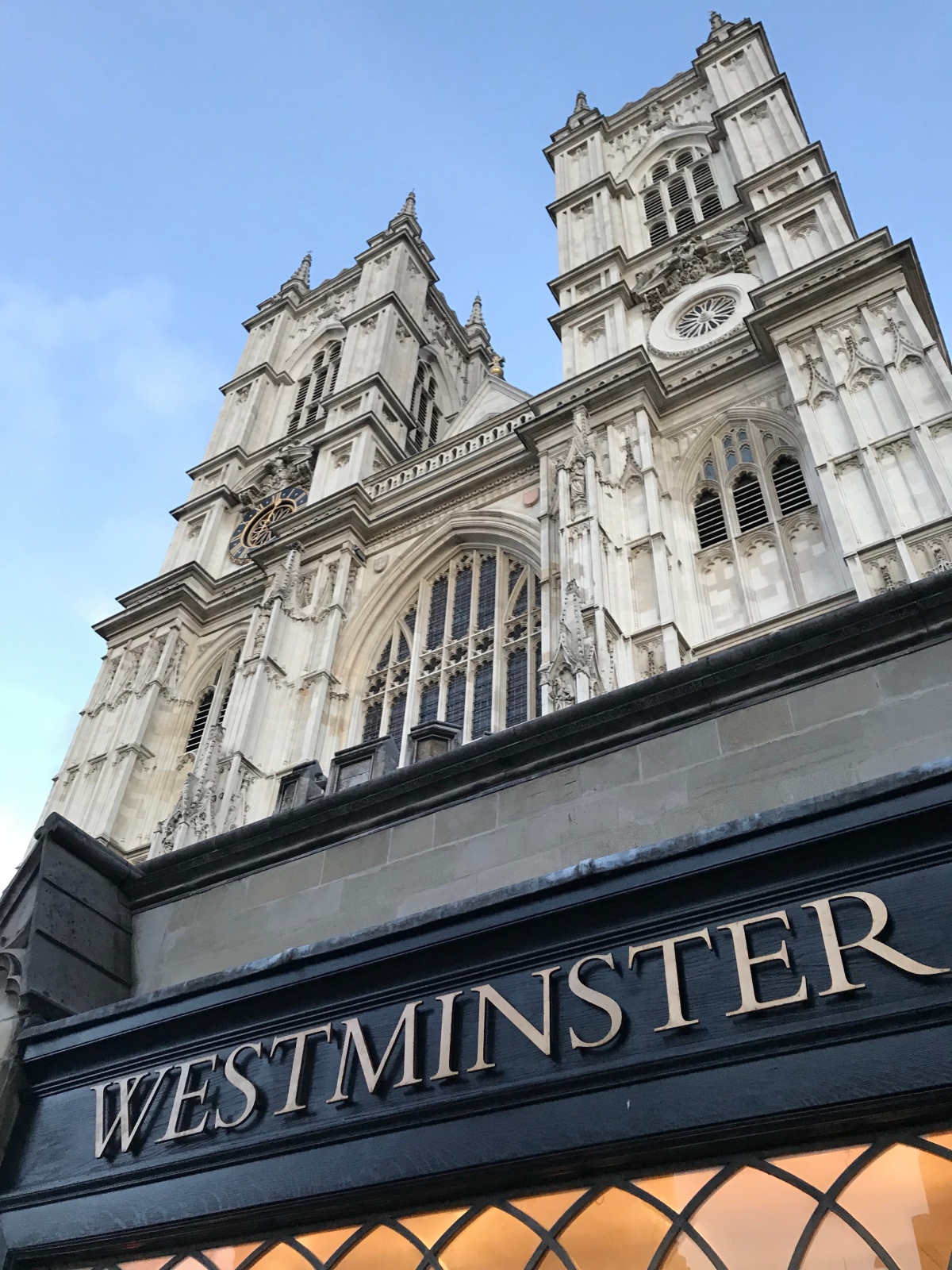 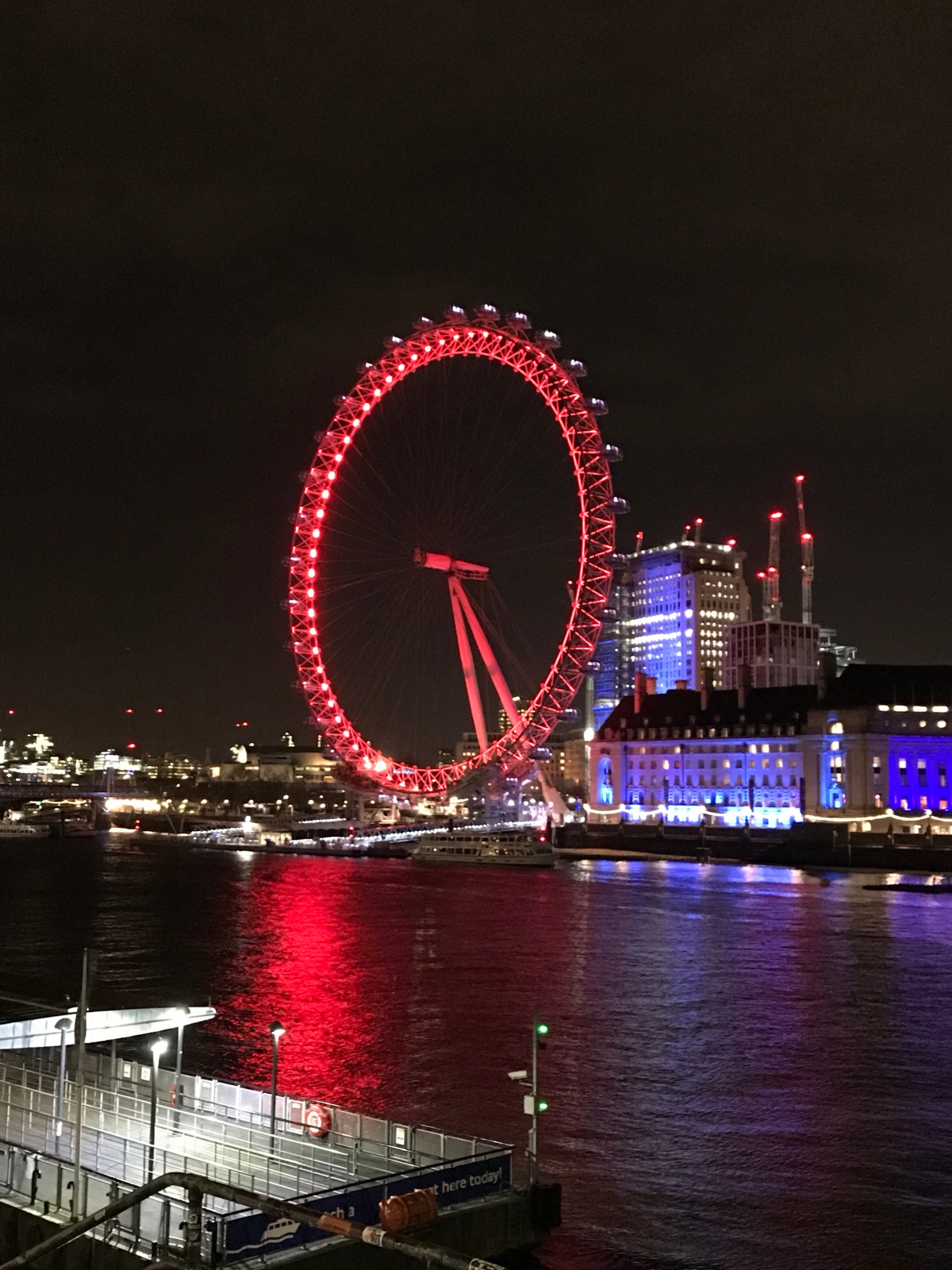 It was a pretty quick and budget trip but I had a blast and accomplished quite a bit in my opinion. I cant wait to begin planning my trip back, I’m really hoping to be able to get out of the city and into the countryside next time! 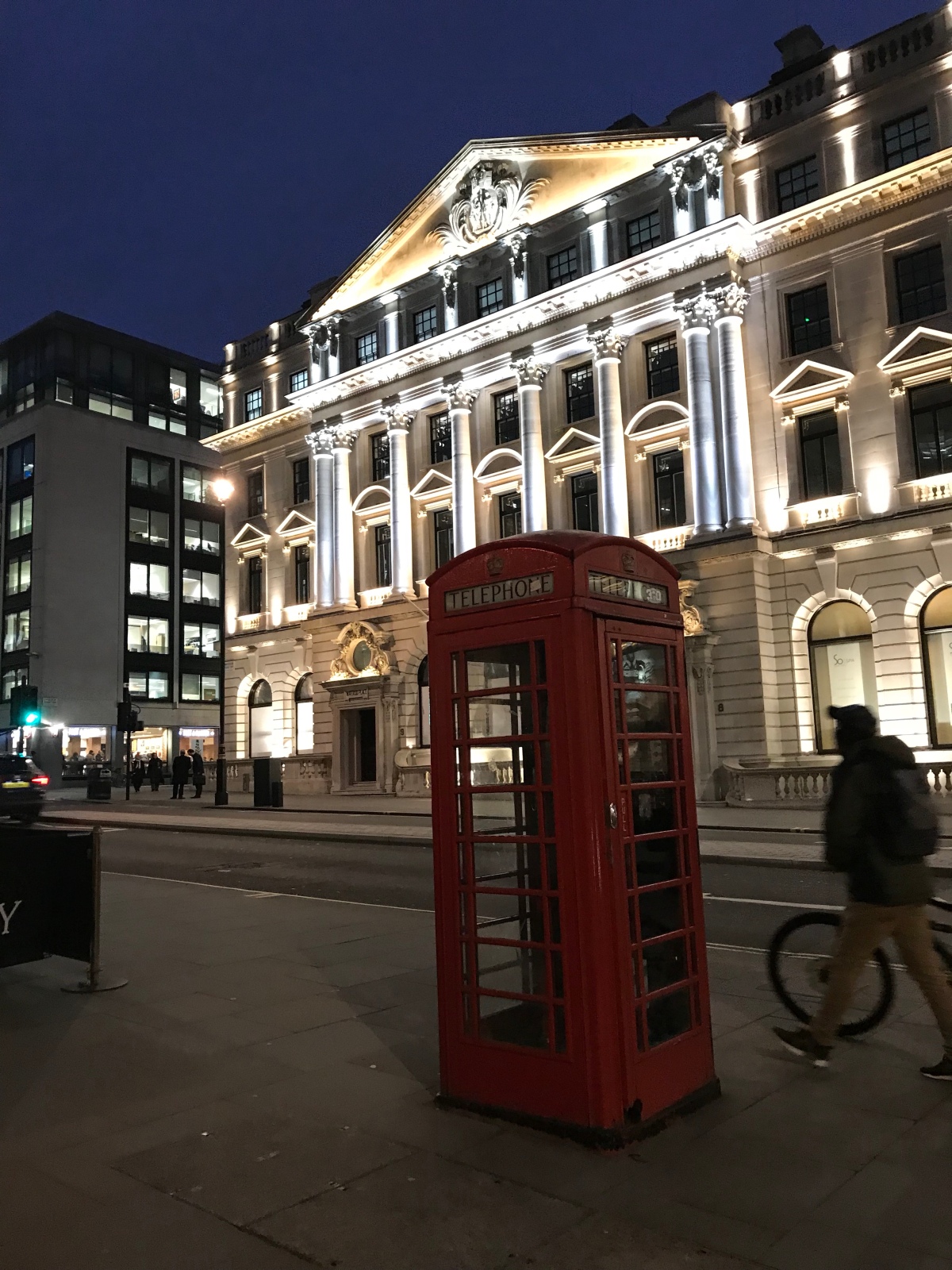 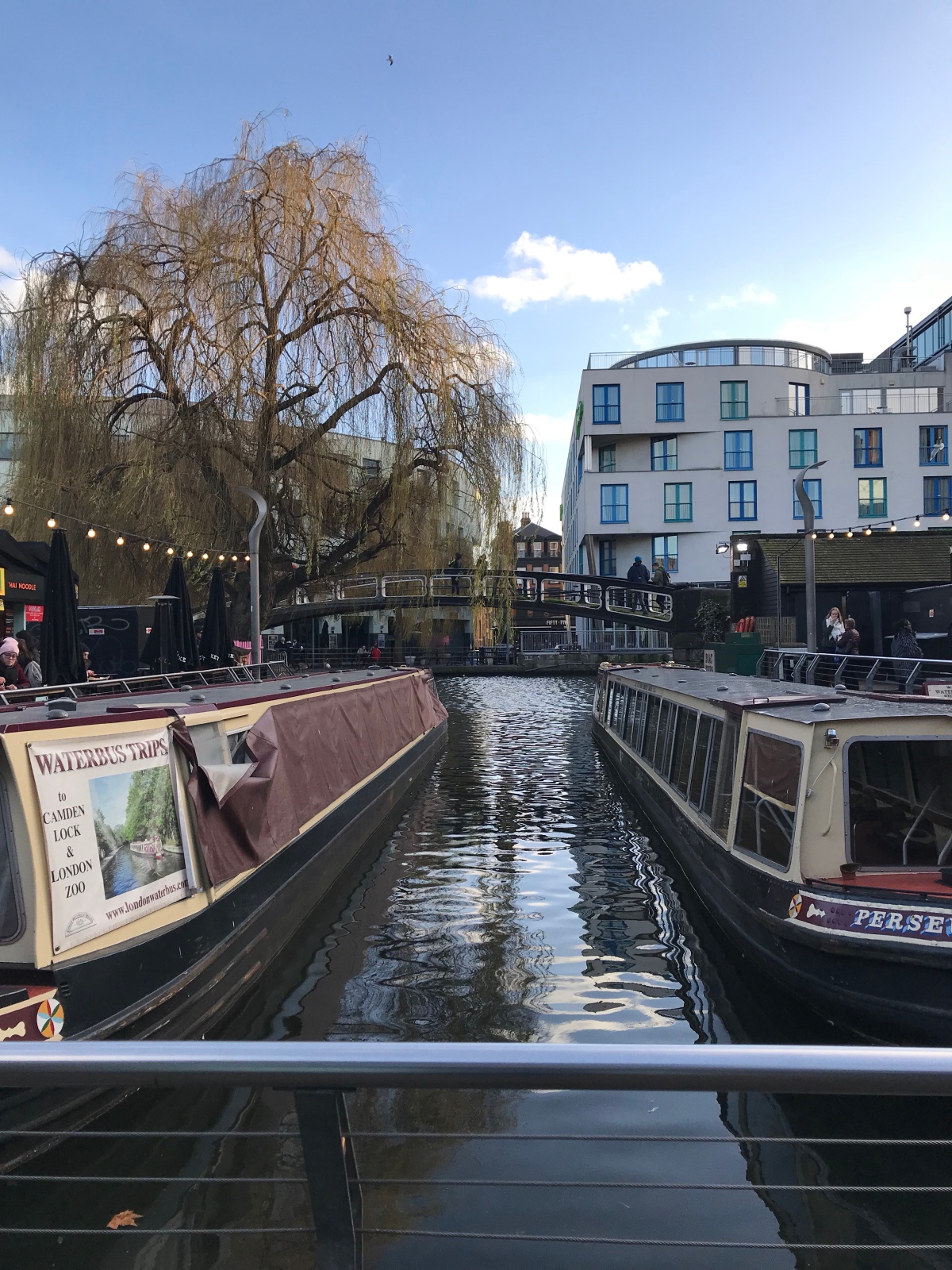 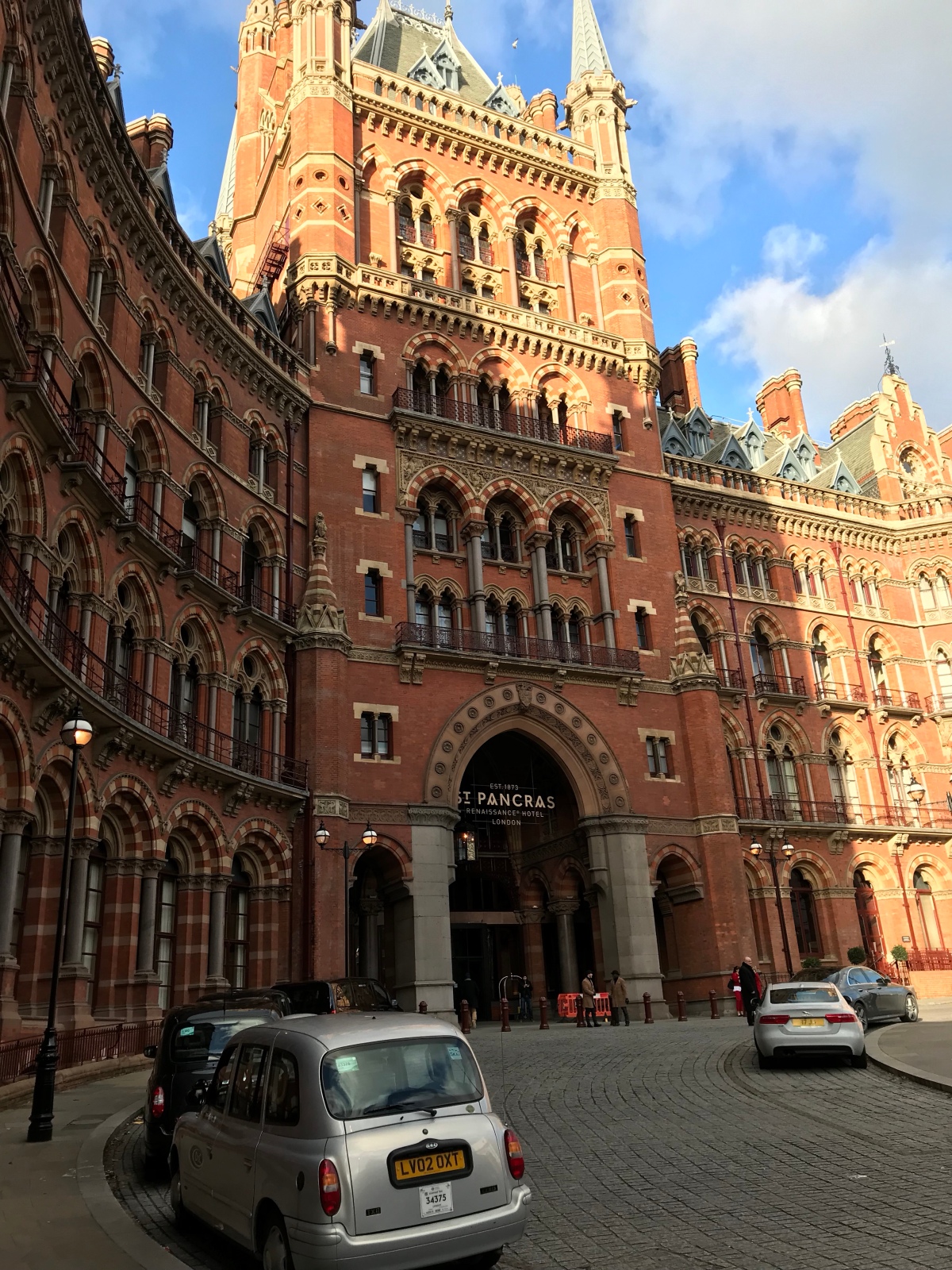 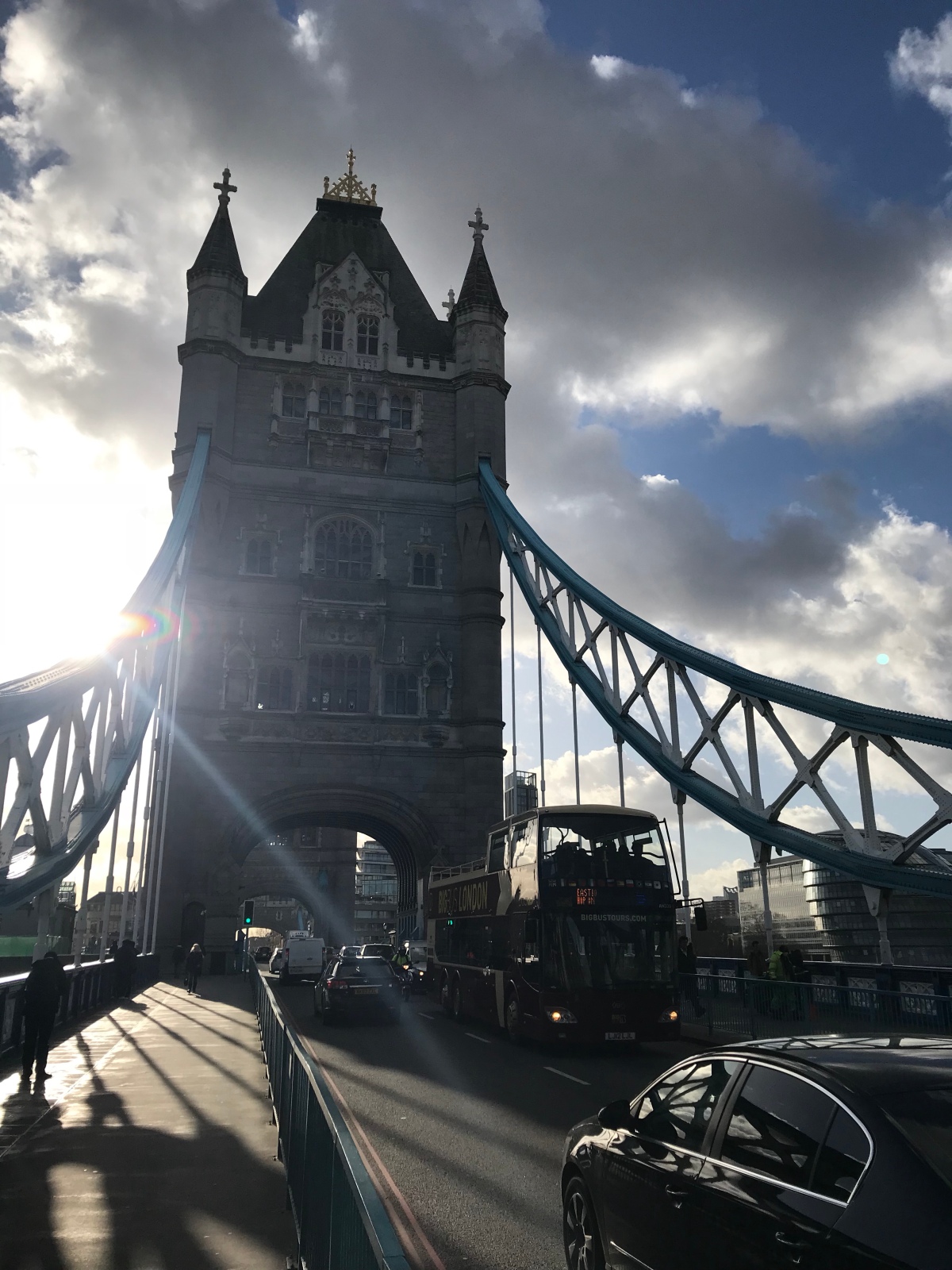 See what I See

Never in a million years would I think this would be one part of my daily routine. . #essential #proudwalmartassociate #corona #besafe #retail #temperature #walmart
Stocking shelves is nooo easy task 😩 6 hours of freight on this aisle alone! But I got it done, zoned and ready for our customers! I just woke up after 9 straight hours of sleep 🙌🏻 and ready to head back in to work a 2600 piece HVDC truck 😱 . #thanksteamwalmart #walmartworld #stocking #proudwalmartassociate #workflow #lovemyjob #getitdone
Did you know that by standing in the “power pose” for at least 60 secs will boost your confidence and can change your whole mood? . For those facing hard times currently, take a few deep breaths and power pose like your this girl against the world and I bet that after a minute or so you will feel invincible and ready to make things happen!! . #nyc #fearlessgirl #powerpose #yougotthis #confidence #girlpower #newyork #takeontheworld #nofear #instagram
Empty New York = being able to stand in the middle of the streets to take pictures without being run over! . #nyc #newyorkcity #cityphotography #oneworldtradecenter #travel #instatravel #welcometonewyork #getaway
To all my amazing fellow Walmart Associates, YOU ARE AMAZING! I am so proud to be a apart of team full of amazing, hard working and persevering team! You all are super hero’s in my book and I appreciate each and every single one of you!! . #thanksteamwalmart #walmart #proudwalmartassociate #thisisthatplace #walmart4593 #yougotthis #teamwork
I’ve been to New York many a time, but being there this weekend was wild! The city that never sleeps was in fact asleep! The subways were empty, the streets were empty and it was so quiet. . I had considered canceling my trip numerous times but decided to go anyway and I’m happy I did. I saw a side of New York that may never be seen again. While I didn’t venture out of the financial district, I heard the scene was the same across all of Manhattan. . #nyc #citythatneversleeps #newyork #subway #empty #corona #socialdistancing #newyorkcity #peaceful #streetphotography